Global egg production has expanded rapidly in the past few years. In comparison the 1970, the output has been estimated to have tripled. In the year 1970, the output was nearly 20 million tons, but for the year 2007, it rose to 60 million tons for the whole world. A number of analysts and experts from the International Egg Commission have stated that the new trends and some large production scales would be seen in the years that follow 2012. According to a number of surveys, there are nearly 4.93 billion egg laying hens in the world, out of which the most of them are found in Asia. Around 800-1000 million hens are found in China, 276 million in the United States, 380 million in Europe, 133 million in India and 115 million hens in Mexico. In the year 2012, more than 60 million tons are expected to be produced all over the world.

China is by far the largest importer and exporter when it comes to eggs and layers. Much of the production is consumed within the country. The US is on the second number in terms of the world’s largest egg producers. An important point to note here is the fact that there is a major difference in the consumer preferences in both of the countries which indeed comes to influence the capital generated from this production, as asserted by various economic analysis of the poultry markets and poultry egg business. The egg  production in the United States was around 7.55 billion till the September 2012 with nearly 338 million layers according to the various reports released by USDA. Furthermore, the demand and supply in the most of the leading egg production countries is also very high, with most of the production consumed inside the countries. Although China and USA have been better able to meet the challenges to the poultry sector, but India and some other developing countries have not been able to do so. In the start of summer 2012, the poultry production had dropped significantly, which caused an increase in the prices. Although the decrease in the weight of the eggs and layers is normal in summer, but the change seen in India was much more than the normal.  A rise in the prices of eggs has also been seen in China, USA, Japan and Mexico all because of the various diseases, changes in weather and the rising costs of all the various feed ingredients and nutriments. The inflation in the regions have been expected to remain around 2.5 % for the last quarter of 2012.

In the year 2011, only 5  of  these 5 countries had provided the 55 % of the production, export and trade of eggs. In total, they had produced nearly 64 metric tons of eggs. The same can also be said for the year 2012. According to the Food and Agricultural Organization of the United Nations, various projections show that the all the countries of the world are going to produce nearly 70.4 million metric tons of eggs in 2015 and 89.9 in the year 2030, out of which most of the contribution is going to come from the developing countries, probably Asian. These trends also reflect numerous investment opportunities in these countries. On an annual pace, India comes to produce 2.86 million metric tons of eggs. The analysts and poultry analysts also assert that the egg production is also going to increase in Brazil which also happens to be in the top 10 countries in poultry production.

It is a fact that Europe has a lower population for egg laying hens, which indeed shows lower investment opportunities in the region. The production forecast is going to be lower by 1 % in comparison to the year 2011. In the region, the largest egg producers are Germany, Spain, France, Italy and UK. According to the Russian Prime Minister of the agricultural sector, the egg production is going to cross the 41.9 billion mark in the year 2012. Not to forget that the egg production in Russia has been increasing since the past few years. It is due to the fall of egg production in Europe, the countries are now forced to increase the imports of eggs in order to meet the increasing demands of the consumers.

My name is Farhan Ahsan,I am web enthusiast, writer and blogger. I always strive to be passionate about my work. I started my work at the beginning of 2007 by engaging myself with detail reading and exchanging information with others. Since then things and times have changed, but one thing remains the same and that is my passion for helping and educating people, building a successful blog and delivering quality content to the readers. The particular interests that brought me in the world of blogging are gardening, wildlife, nature, farming and livestock.
Previous A Guide to World Poultry chicken/meat(market/ecnomic analysis,trends,statistics 2012),upcoming trends in world poultry
Next 5 basic categories of chicken incubators, ideal egg incubators For Chicken Entrepreneurs, their famous suppliers 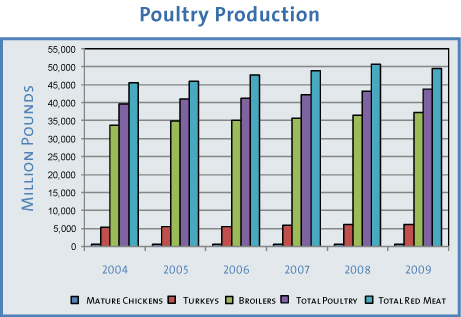