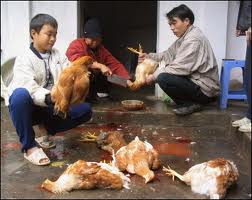 It is always fun to keep backyard fellows and enjoy their presence. However, over the time there are many things, which cause chaos for the keepers because of lack of knowledge about the birds in the flocks. Many get upset because of the natural changes; in contrast to this, there are people who leave many serious issues ignored. Therefore, you must make sure that you have enough knowledge to deal with important issues before it is too late handle.

The excerpt deals with one of the most common issues, which bothers the first timekeepers especially during the fall season.  They get into trouble when the hens lay lesser eggs than usual or when they start to shed weight more rapidly. This kind of situation is termed as molting – continue reading if you are facing such issue, or want to prepare yourself for such events.

The chickens get rid of the older feathers and acquire newer ones through the process. As it is a natural process and requires sufficient energy, naturally the chickens start to pause the egg laying process and starts saving enough reserves in the body. The procurement of new feathers is necessary and designed by keeping in mind that over the time they need physical strength so that they can counter the environmental changes. The new and strong feathers contribute to better flight and power to escape enemies.

Do not worry, your chickens would just molt once during the year; however, rarely any chicken would go under this process twice.

This may be a term that you have not heard much – basically, self-mutilation and feather-pecking terms are used to show an abnormal chicken behavior; this is truly a frustrating and distressing challenge for keepers.  This is also one of the common issues with the backyard chickens and even parrots, cockatiels and macaws.

Feather pecking or cannibalism reflects the bird’s behavior when they undergo self-grooming – this process involves cleaning of grim and dirt from the inner skin and correction of broken feathers. When feather pecking is discussed, it includes feather plucking, picking and even chewing of feathers. In many cases, it has been seen that a chicken would loss all feathers eventually and would be naked.

Another worrisome situation is self-mutilation which I even more horrible than feather pecking – can you imagine that a chicken would start eating its own flesh? Yes, under the behavior of self-mutilation the chicken tends to eat own breast flesh – and many times they eat their own feet. This leads to severe infections in the later stage. This behavior usually occurs when birds get bored, feel loneliness, fear and anxiety as well especially the caged birds such as parrots.

There are ample amount of reasons that lead to this situation – they range from natural to acquired ones; listed are the most common ones;

Essentially the eggs and the feathers are protein. A big, healthy chicken requires about 17 percent protein in order to maintain health. It is essential to provide chickens with layer feed once they are 20 weeks old. Many keep on providing them with kitchen scraps and vegetables, and fail to fulfill the basic need of protein. In result, the chickens start picking their own feathers to fill this devastating deficiency. However, this issue can be addressed easily if you include layer pallets to the diet. All types of egg laying chicken breeds enjoy layer pallets, so try giving them something they want to eat.

During winters, the chicken is usually lazy and sluggish. In addition, it changes their moods time to time and keeps on looking for better space. Bantams, you must be aware of this peaceful breed, they ask for lesser space. Make sure you keep their mind diverted so that they do not end up eating or removing their own feathers unnecessarily.

In most of the cases loss of feathers in chickens is due to deceptive mites eating or removing their own feathers – they are present within the nooks and corners of the coop and tend to disturb chickens during the night. They bite the chickens or continuous move on their body; this causes severe irritation among the birds and they end up hurting themselves. They harshly or aggressively starch over the bitten mite wounds and ultimately develop itching infections.

Just like mites and fleas, there are other similar companions, which hurt chickens in the same manner. They are elusive and tend to hide themselves on the inner skin. They have the ability to cause severe burning sensations and severe itching. In addition, they usually hide themselves in the head and the wings and eventually on reaction, the bird starts feeling uncomfortable. The poor chicken does not have any other option but to pick the feathers or start putting it away.

The vent area is badly infected by the worms and this causes severe itching and burning – the chicken would peck at this place like mad. This develops the habit of self-mutilation in the chickens.

This is the term you must have heard before and aware of it, If not it is the process of deciding which bird is stronger than other and in dominant position or who is in the upper order and lowest one which some time results fight or bulling in chickens causing their feather loss. This pecking order some time occurs when you introduce new flock to older one.

My name is Farhan Ahsan,I am web enthusiast, writer and blogger. I always strive to be passionate about my work. I started my work at the beginning of 2007 by engaging myself with detail reading and exchanging information with others. Since then things and times have changed, but one thing remains the same and that is my passion for helping and educating people, building a successful blog and delivering quality content to the readers. The particular interests that brought me in the world of blogging are gardening, wildlife, nature, farming and livestock.
Previous Hatching chicken eggs naturally under a broody hen
Next 15 Most Famous Heritage Chicken Breeds