Surely, the ostrich can be classified to be the largest among all the living birds on the face of the earth. The adult males can reach to the height of about 2.4 m together with a weight of about 100 KG. Although they are categorized among the birds, they are unable to fly. The reason for this can be linked to their huge body size due to which they are unable to go for a flight. Other Ostrich Characteristics include a long neck, lengthy legs and their running speed. Their long legs are what that enable the ostrich to run at a speed of about 70 KMPH. Not to forget their strides which are extended up to 8m. Below are some more Ostrich Facts.

At the age of 4 to 5 years, the wild ostriches are able to engage in the process of reproduction. On the other hand, the domesticated ostriches are able to do the same at the age of 3 to 4 years. The black and white plumage appears on the body of the male ostriches at the times of maturity. For the females, the plumage appears to be of a dull coloring. When the ostrich mating time arrives, the plumage attains a more bright color while the skin transforms its color to bright red.

Soon after the birth, the male and females appear to be quite the same, but can be distinguished through the examination of their sexual organs. It can be quite difficult at that time because the size of the penis in the males is quite small, thus it can be confused with the female’s clitoris. When the birds reach the age of about 7 to 8 months, the gender can be determined on the basis of their urination styles. A complete distinction among them is possible at the age of 2 years. The wing quills among the males turn out to be pure white, while for the females they are marked in terms of the grey and black colored rings. Moreover, the feathers on the tail happen to be white or yellowish brown for the males and mottled light and dark grey for the females.

In terms of the breeding patterns for ostriches, the males are polygamous i.e. they are well able to mate with more than 1 females at the same time. This pattern also holds true for the domesticated Ostrich Farming settings where the ostriches are mated in pairs, duos and trios. At times of the breeding season, the male ostriches make stylized sounds and wing movements in order to attract the females towards them. At the same time, the females place their wings in the horizontal direction, thus signaling the male for the start of the Ostrich Mating process. In order to initiate the process, the female crouches so that the male might be able to allow his penis to enter into her cloaca. The process of consummation continues with the male’s groaning sound while the female shakes her head during the process.

There are special environmental settings in which the Ostrich Eggs are laid. The female is able to lay the eggs soon after the mating process is complete. The females which are highly fertile are able to lay around 80-100 eggs sequentially while the breeding season progresses. Now if the eggs might not be removed, the female will prefer to incubate the eggs during the day time, while the male would incubate them till dawn for facilitating the Hatching Eggs. So, for the commercial farming, it is imperative that the eggs are removed at least twice a day. Now here, if the female would be allowed to incubate the eggs, she is going to stop the egg laying process for a period until her chicks reach the age of about 4 to 5 weeks, thus leading to an increased financial loss for the farmers.

Ostriches are categorized to be seasonal breeders, as they are only able to mate at specific times of the year. On an average pace, the breeding season for the birds last for about 6 to 8 months on a yearly basis. This timing can indeed vary depending upon the factors of latitude and longitude at different locations. In the regions of the Northern Hemisphere, the breeding process starts during the month of March and ends in August/September. For the regions of the Southern Hemisphere, the season commences in Aug/July and lasts till March.

Before you plan to invest in the ostrich business, it is better to have an overview of the market saturation and the profits that are linked with it. For the purpose of breeding ostriches successfully, below are some instructions which you would need to follow.

1. Properly allocate a breeding space to the ostriches and replant the paddocks so that the chances for the microbes to infect the eggs might be reduced. Bags.

2. Keep the males and females separately before the breeding season in order to notch up their moods for the mating process.

3. Allow the ostriches to select their partners freely and naturally by allowing to be the grouped with each other.

4. Try to be careful at times of collecting the eggs, as the males can turn out to be aggressive while protecting their eggs.

5. Use a good quality incubator for the process of incubation. Furthermore, the temperature should be maintained around 96 to 99.5 Degrees F.

7. 3 to 5 days before the hatching time, you should transfer all the eggs to some separate incubators.

A large variety and classes of ostrich products are now being produced for the Ostrich Markets, due to which they are now being referred to as the Farms of the Future. The reason for which they are preferred these days is due to their meat, feathers, eggs and the hide. The feathers are used for cleaning of machines, equipments and for decoration as well as in fashion industry. The ostrich leather is the most expensive among others and is used for making shoes, jackets and bags. The meat that is produced by them tastes similar to beef and related products. Moreover, the meat also contains lower levels of fat in comparison to other types of meat. The eggs that are laid by the ostriches are the largest in size among all the birds in the world. In addition to their usage for meat and leather, they are also being studied and explored for medical purposes.

My name is Farhan Ahsan,I am web enthusiast, writer and blogger. I always strive to be passionate about my work. I started my work at the beginning of 2007 by engaging myself with detail reading and exchanging information with others. Since then things and times have changed, but one thing remains the same and that is my passion for helping and educating people, building a successful blog and delivering quality content to the readers. The particular interests that brought me in the world of blogging are gardening, wildlife, nature, farming and livestock.
Previous Wild Turkeys Facts and Hunting
Next An insight of Geese 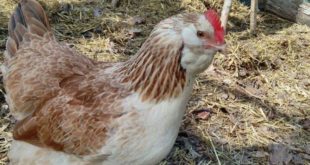 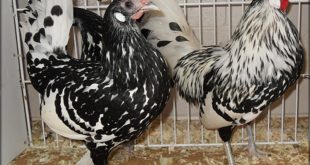 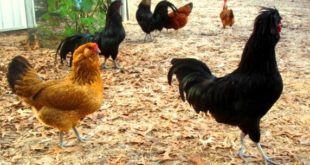 Are you planning to have a nice and healthy chicken flock? If that is your …