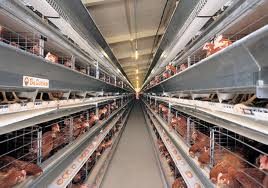 In the year 2012, the projected expansion of the worldwide meat production is 2 percent, thus taking the total figure to 302 million metric tons. Most of the production is going to come from Asia, especially from Russia, China, India, Turkey and Japan according to the Food and Agricultural Organization of the United Nations. According to a number of poultry analysts and researchers, the worldwide markets for poultry are going to grow on an annual rate of 5 % in almost all of the countries. All the variations in terms of the capital growth are also going to see a major change in the amounts that are consumed on a yearly basis. An important thing to note here is the fact that the most development would be seen in the developing countries in comparison to the developed countries. One reason for thing being the environmental conditions in the developing countries and some of the developed Asian countries are well suited for poultry farming. Japan is also now increasing the use of various techniques and measures in order to increase the poultry output, all because till now it has been unable to properly meet its meat consumption needs. According to a number of different sources, the top 5 poultry producing countries are:

On a global rate, production of all the primary poultry products has been increasing on a rapid pace. This is the clear cut reflection of the increase in the meat demands and it also comes to reflect the consumption patterns and how they are changing in the year 2012 and for the upcoming years. The consumers now also demand the meat at a low price due to which all these countries are paying attention to increase the production and efficiency as stated by various reports published by the world poultry industries. The increase in the production of chicken meat in the world has been nearly 3.8 percent. All these statistics do not take into account the value that has been added into these poultry products, whether in terms of food processing or the formation of more sophisticated procedures for processing.

According to a number of surveys and economic analysis of the markets, the largest increases in terms of chicken meat production have been seen in Russia, India, China and Brazil. From the year 2000 to 2008, the output in terms of chicken production rose from 8 million to 8.9 million ton. From 2008 onwards, the growth has not been so agile, all because of the great depression and recession in almost all of the countries. The recession has also posed a number of challenges for the poultry sectors all over the world.  But now as the world is moving towards the stage of economic stability, new trends in the poultry meat production are likely to emerge more rapidly. In comparison to Europe, more than half of the chicken meat production came from Russia which is nearly 1.24 million tons. This indeed reflects some high and profitable investment opportunities in the countries, especially in Russia and India. The share of Europe in terms of the worldwide global meat production has fallen from 16 percent to 15.3 percent. Furthermore, the capital required for investment would also be less than the one required for starting a poultry meat business in the United States.

In order to provide a boost and all sorts of encouragement to the farmers and all other individuals involved in the sector, the governments have offered various compensations and subsidies for the purpose of increasing the export. This step is also going to play a vital role in order to meet the demand and supply of poultry meat inside and outside the countries.

Below is the table for chicken meat production in Europe in tons:

All the above mentioned figures are till the year 2010. The president of the Russian federation, Vladimir Putin has also signed the Food Security Doctrine, in which he has stated that country is going to increase its food self-efficiency to 85 %.

For Asia, exports of Frozen/Chicken Meat in tons:

In terms of the important market purchasing, Vietnam, China, Thailand and Turkey have been quite active. But the leading importer of the chicken and broiler meat in the region is Japan with nearly 900,000 tons imported in 2011.

Animal diseases and various outbreaks is also one of the major problems faced by the top 5 poultry meat producing countries, which may also come to  increase the cost of production. They are also going to effectuate the international and domestic markets pretty heavily. So, it now evident that the worldwide meat markets are really fragmented due to the limits sanitary conditions.

My name is Farhan Ahsan,I am web enthusiast, writer and blogger. I always strive to be passionate about my work. I started my work at the beginning of 2007 by engaging myself with detail reading and exchanging information with others. Since then things and times have changed, but one thing remains the same and that is my passion for helping and educating people, building a successful blog and delivering quality content to the readers. The particular interests that brought me in the world of blogging are gardening, wildlife, nature, farming and livestock.
Previous A brief guide to broiler management/factors considered for broiler rearing
Next A Guide To World Poultry egg/layer 2012(market/economic analysis,trends.,table,graph)