All the industries in China including the Poultry industry are now on the stage of total economic boom. This tremendous development and boom can be contributed to a number of factors.  The development and expansion had started many years back. Based on the analysis and statistics of the china yearbook which is published every year, the total egg production coming from the country has now crossed the 30 Million Metric Tons mark. Now here it can be said with some confidence that China is really in the lead when it comes to poultry exports and imports. Furthermore, the total amounts of meat production in the year 1989 coming from the country was 8 % but till the year 2009 a dramatic shift had been seen, as the percentage had risen to 21 %. So, it is evident that China Poultry is really of a promising nature. For a bit more clarity, the total meat production for the year 2009 was nearly 16MMT. The same amounts of agile growth were also seen in the duck meat and other forms of water fowl. The output of duck and goose meat coming from China accounts for nearly 70 % and 95 % of the total world output. On the other hand, chicken eggs are the ones that are the major contributors to the total amount of egg production in China. The calculated percentage of the chicken egg production is around 87 %.  In addition to this, the pigeons, breeders and broiler production have also been on the rise till now, which really elucidates the commitment of the Chinese towards changing the face of the world poultry

China has taken a very strategic approach towards the development of the Chinese poultry sector, especially in terms of the outputs coming from the rural and urban sectors. In fact, both of the sectors have played a vital role in the past 10 years in taking the country’s poultry production to the top of the world. But here it should also be considered that a major portion of the production of poultry is utilized within the country. Furthermore, the government has also taken a number of steps towards increasing the output coming from the rural sector. In short, the output coming from both rural as well urban areas have been steady all the time. China presently has more than 2 billion layers in stock, among which more than 1 billion of them are in the phases of production. The poultry farms in China also happen to be much more than most of the other leading countries in the domain of poultry.

In terms of poultry processing techniques and the products which are produced it can be said that the success of the sector in China lies in the increased efficiency and technical progress which has been seen over the past decades. Poultry processing and the products produced happen to be quite distinct components of the sector. According to the reports published by FAS Beijing Post the poultry processing by products are going to be on the rise for the year 2013 as well. The same was also said for the year 2012. The number and amounts of by products imported and exported have also been changing from time to time.

Consumption of the poultry meat including goose, duck and chicken are also rising now. In terms of preferences, goose in addition to duck meat is the one that are the most preferred of them all. The reason for preference is the amount of fat and cholesterol which is present in these products. The gains in the consumption can also be linked to fame and popularity of the local specialties including the roasted and Peking ducks, Guangdong Goose and many more. The ready to eat products are also being sold at a more rapid pace at all super markets and shops. Furthermore, the super markets also offer carcass cuts to all people, especially to those who prefer to cook at home but do not want to purchase the entire bird. Now here an important thing to note is that almost all of the turkey and related products are being imported from other countries. The turkey products are most of the times consumed in the larger cities, which are marked by a better economy in comparison to the rural areas. The roast turkey meat is mostly offered in the major hotels and restaurants chains. Another aspect to consider here is the low preference for the chicken meat in the country which is known to be a leader in terms of chicken poultry production in China.

The broiler exports from China had risen more than 9 % taking the total output to 445,000 MMT. It was followed by a similar increase from the year 2011. It can be said that the exports coming from China have been increasing. The sales of poultry products have been increased to a number of countries including Japan, Korea and many others. In Hong Kong, an increase in the sales of fresh and chilled chicken has been seen. The exports in terms of live broilers have fallen, mainly due to the rising environmental concerns. It is evident from this rise in the profits and sales that there is indeed a major room for investment in the country.

Although the sector has shown a major transition towards development and growth, still the sector faces some major challenges and concerns from all dimensions. One of the major challenges to the sector is the occurrence of various diseases. Furthermore, a decrease in the feed for the animals has also been seen. The US has also placed a case against China in terms of their production and export policies. Some of the countries are also of the view that China makes use of some poor farming practices. In addition to this, the country is also being challenged in a number of antidumping cases which is indeed a serious issue. A lot indeed needs to be the done from the side of the poultry companies so that things can be leveled out in best way possible.

My name is Farhan Ahsan,I am web enthusiast, writer and blogger. I always strive to be passionate about my work. I started my work at the beginning of 2007 by engaging myself with detail reading and exchanging information with others. Since then things and times have changed, but one thing remains the same and that is my passion for helping and educating people, building a successful blog and delivering quality content to the readers. The particular interests that brought me in the world of blogging are gardening, wildlife, nature, farming and livestock.
Previous Chicken Egg Candling Guide
Next 5 Latest Poultry Researches News 2013 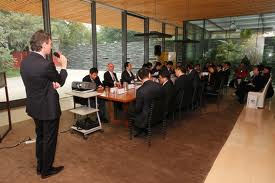