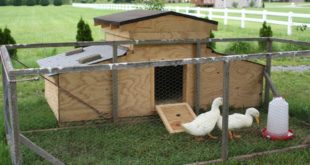 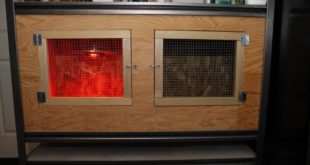 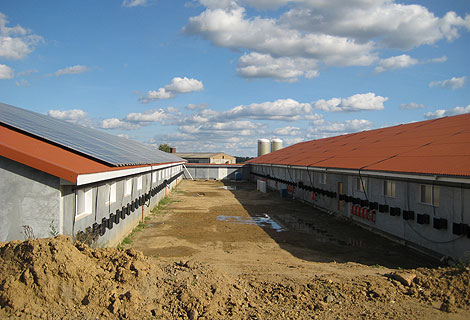 The system of  poultry housing to be adopted depends on category tage), type of birds,climatic conditions, capacity to invest and strength of birds. Sometimes combination of two or more systems is also followed depending on need and convenience of operations for fanning. Broadly, the classification or types of poultry housing systems is given in Flow chart

Rearing of poultry by letting them loose on ground (field) called as range in limited area(fenced) is known as free range system. The system is adopted only when adequate land isavailable to ensure desired stocking density by avoiding crowding. It A range should provide shelter, greens. feed, water shade, room , for exercise and saftey. But foraging is the major source of feeding for birds. Shelter is usually provided by temporary roofing supported by ordinary poles. The fields are generally used on rotational basis after harvesting of crops by moving of birds from field to fielJ depending on cropping programme. All types and categories of birds can be reared in this system. The average stocking density of adult birds in this system is 250 birds per hectare. The scientific management practices cannot be followed because there is no control over the birds. The system is not practiced in India for commercial rearing but used for backward poultry keeping in villages for country hens.

As the name indicates birds are half-way reared in houses and half-way on ground or range, i.e. birds are confined to houses in night or as per need they are also given access to runs. The houses are with solid floors while runs are fields only. The success of rearing depends on maintenance of condition of runs to reduce the contamination. Runs can also be used on turn basis. The more danger of infection is from the ground immediately surrounding houses called “foul-patch” due to congregation of birds there for more time in day. Therefore, floor of this ground may be made up of pressed gravel or murrom having slope towards runs, away from house. The stocking density rate on an average for adults is 750 birds per hectare.Here also there is only slight control over birds and scientific management practices cannot be applied. To some extent the system is adopted for duck rearing. The feeding and watering facilities are provided in houses.

Birds are totally confined to houses either on ground/floor or on wire-netting floor in cages. While invention of this system, initially it was thought that birds developed leg weakness due to this rearing but later on it was detected that leg problems were due to deficiency of vitamin D, B,, etc. or mineral deficiency like manganese and it was not the fault of system. It is the most efficient, convenient an

This system involves rearing of poultry on raised wire netting floor in smaller compartments of wire netting called cages, either fitted on stands on floor of house or hanged to the roof. If birds become overweight they may develop cage fatigue but very rarely. The system has been proved very efficient for laying operations, right from day-old stage till disposal. Feeders and waterers are attached to cages from outside except nipple waterers, for which pipeline is installed through or above cages. Auto-operated feeding trollies and egg collection belts can also be used in this rearing system. The droppings are either collected in trays underneath cages or on belts for it or on the floor or deep pit under cages, depending on type of cages. Primarily cages can be divided into two types depending on their design and installation pattern in the house, viz reverse (Calif-ornian) and battery cages.

They are also known as stair-stepped cages and were initially named after the place California, where invented for first time. The commpartments are arranged step-wise in two or three tiers on stands in two or three rows, were droppings may fall on ground or deep pit under cages . The droppings be removed once 6 months or after 12 months along with disposal of layer batch pending on depth of pit formed by raised platform . Double strength of birds can be accommo-dated the same space in this type of cages as compared to deep-litter.

they are also called as vertical cages. The compartments of cages e arranged one above the other on stands with a tray or shit belts un der the compartments for collection of droppings in two or three rows. The droppings are preferably removed every day or at least alternate day in this system. The feeders and waterers arrange-nt is same as that of reverse cages. These cages house still more number of birds than deep-litter or reverse cages. Roughly tripplc strength of birds can be housed as compared to deep-litter system. The arrangement of compartments is elaborated in the figure

This is the single tier cage system popularly used for rearing chicks upto 8 weeks, for easy handling of them in morden methods of poultry production and management. Each cage is usually 1 m (100 cm) square block fitted on stand. Length-wise each block is divided into two compartments by a partition in middle at 50 cm of width housing, 20 chicks in each compartment or 40 chicks in a block. They are provided with trough waterers initially attached on width sides and from around 4th week waterers on both the sides length-wise are used. Nipple, arid pipeline, length-wise can also be installed through cages. Feeders to cages are attached from outside on both the sides length-wise . Because the quantity of droppings is less due to smaller size of birds, droppings can easily be stocked for 2 months and removed along with shifting of chicks to grower houses at 8 weeks of age. Generally four rows of cages are installed in 8.5 m wide house with 5 service passages. The length of house can be taken as per need..

1. Space and land required is lowest than any other type of rearing. About 20,000 to 25,000 birds can be reared per hectare. ‘ Therefore, the cost of overall housing is reduced to a great extent.

. Birds are under complete control. Even birds can be housed individually which is sometimes followed for breeders.

3. Accurate records of individual bird can be maintained which is helpful in efficient breeding programme.
4. Scientific management practices in respect of feeding, watering. breeding, health care, etc. can be adopted easily.
5. Egg eating is largely prevented and most clean egg productior. is obtained.
6. The birds do not congregate at the time of feeding and fee: consumption is still reduced due to further restricted movements as compared to deep-litter.

7. The major litter horned diseases like coccidiosis and worms are eliminated or incidence is reduced to large extent.

10. The breakage of eggs is reduced to minimum possible level of 0.5 to 1 per cent which increases profit of margin.

Floor Space Requirements on Deep-litter and Cages
Floor requirements vary according to species, type, age, size of birds and system of housing. The floor space requirements for chicken as per category are given in the Table

My name is Farhan Ahsan,I am web enthusiast, writer and blogger. I always strive to be passionate about my work. I started my work at the beginning of 2007 by engaging myself with detail reading and exchanging information with others. Since then things and times have changed, but one thing remains the same and that is my passion for helping and educating people, building a successful blog and delivering quality content to the readers. The particular interests that brought me in the world of blogging are gardening, wildlife, nature, farming and livestock.
Previous BREEDING OF POULTRY
Next How to build/manufacturing hen house/chicken coop? 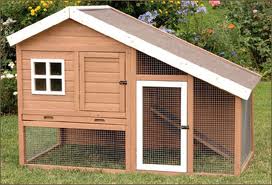 Chicken Hutch/house Plans for raising chicken and To Reduce Costs