Facts about battery hens or chickens

Farming, the process of adopting various methods for creating food for the survival, has been an important part of human cultivation since the existence of mankind. Farming is a much broader term that is used for various different kinds of farming methods collectively. Farming is not restricted to the growing of crops only, but even the raising of cows, goat and domestic birds like chicken, ducks; turkey’s etc also comes under this head. Here our focus will be on hens or chickens that are raised in battery cages. What are the reasons for adopting this method? How effective this method has been in recent years and what negative outcomes have been observed while raising hens through battery cages.

The very first thing which gains our attention is the word “battery hens”. What is meant by this word and what it refers to? You will hear the term battery hens in farming more often or this is also pronounced as factory farming as well. This is a confinement system that is primarily used for those hens which are capable of laying eggs. This is called battery cage because you will find a system of cage that are similar in structure and are connected with each other but separated by dividers.  This method is adopted so that a large quantity of hens could be accommodated in a very limited space so as to reduce the cost and to gain the same level of output, that is, production of eggs. This method of poultry farming has been in the limelight since the discovery of such that being practice for the egg laying hens.  Animal welfare associations have always showed their complete disapproval of this system being practiced as, according to them, this intensive poultry farming method is not only un-ethical but  could also result in some serious health problems for both, hens and humans.

The reason animal welfare has raised their voices against these un-ethical poultry cages are due to the sufferings bared by chickens living in those cages. A standard size of any battery cage is approximately 61 cm wide and 51 cm deep. Normally, each cage is occupied with six hens at a time resulting in so much less space for every hen that they barely can move easily. A hen normally requires 2000 cm2 to freely open her wings and also a space of 600 cm2 to lie down with ease. But in these chicken battery cages, the total space available to each hen is around 483 cm2 and 432 cm2 respectively. From this we can easily imagine what are hens going troughs in those cages. Being completely jam packed with other hens that they cannot even sit properly without being in contact with other hens has led to many chicken health problems as well. Another terrible practice that is being conducted for the caged hens is the slicing of their beaks. This process is performed without any proper medication and without giving any pain relief to hens before or after this process. This is done so that any chicken that might have aggressive behavior due to the intensive poultry farming method could not harm other hens with its beak.

As the population was rising, so was the daily need for various food items that also included eggs. In order to cater this problem, farmers came up with this method of battery hen farming in 1940. Through this method, it was experienced that a large quantity of production of eggs could be made available to the population and less costs were incurred that encouraged the farmers to ignore other problems that were being faced by chickens in cages.

The most important risk that is being ignored in this entire situation is the health of the hen that is kept for laying eggs. With such less space for every hen, there is a greater chance that if one chicken gets sick, than others can catch that disease more quickly. One more thing that is observed in these battery cages is that people working there do not keep proper cleanness. Because of this, the excretory material of all those chicken can cause some serious accumulation of bacteria that could also affect on the health of eggs that are being laid by those hens.  These eggs when reaches to the population can ultimately result in serious health problems that could lead to any disease in humans or even can become the cause of death.

These are some of the facts of battery hen farming that are essential for every individual to be known about and also necessary actions should be taken by poultry welfare in this regards. As this could help in safeguarding the poultry health and also the health of your family and also could lead to the shutdown of such cruel system and replace it with such a method that could be safe for both, humans and animals.

My name is Farhan Ahsan,I am web enthusiast, writer and blogger. I always strive to be passionate about my work. I started my work at the beginning of 2007 by engaging myself with detail reading and exchanging information with others. Since then things and times have changed, but one thing remains the same and that is my passion for helping and educating people, building a successful blog and delivering quality content to the readers. The particular interests that brought me in the world of blogging are gardening, wildlife, nature, farming and livestock.
Previous Tips for keeping coyote away from your chicken or livestock
Next 10 tips for hatching chicken egg in an incubator 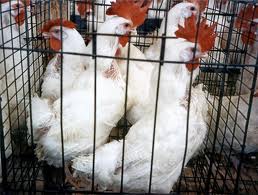 Heath And Welfare of Poultry in Commercial Industry Production