Heath And Welfare of Poultry in Commercial Industry Production

The prime focus of the commercial poultry industry has always been on the making of meat and eggs. Due to the increase in the demands of the chicken and broiler meat all over the world, the modes of production have also been improved. But as they say, increase in the modes of production poses new challenges. The same also holds true for the poultry sector which now faces a number of problems. Although the poultry sector is now more automated and integrated than ever, still it faces a great deal of criticism from the side of the public, especially from the various animal welfare organizations. It is due to this criticism and concern that a great deal of research has been initiated in order to minimize the levels of skepticism and for enhancing the welfare of the animals, which seems to be at stake in most of the third world countries. Poultry welfare involves the following dimensions.

Chicken welfare deals with the use of caging and all other settings in which animals are brought up. Caging system does provide the producers with a wide range of options including egg collection, efficiency and much more, but one of the major drawbacks of this system is the lack of natural environment. In other words, captivity can come to cause various changes in the animal’s behavior. According to the new rules and regulations imposed by The United Egg Producers, all of the animals should be given the minimal space of about 48 square inches for each bird. In accordance to guidelines suggested the European and other relevant organizations for broiler welfare, one bird should be given at least a space of 12 square inches.

Not just in America, but also in Europe a large number of production methods and alternative are now being developed and researched. But here it is unclear that whether or not the use of these methods might come to affordable and conducive to be used on a large scale in the commercial egg production. Furthermore, the prices of the eggs and meat also vary depending on the particular production system used for carrying out the production. For example, in Britain, the prices of free range eggs are much higher in comparison to eggs obtained from the use of the caging techniques.

One of the major issues involved in the caging and some other farming practices is the issue of cannibalism which can be linked to mortality. Now here it seems that the cages might be a much safer method for animal growth, as the animals are less prone to be attacked by other predators. The commercial egg production is also effectuated to a much greater extent with the increase in the chances of predation and a higher mortality rate. There are also a number of regulations that have been imposed on the use of beak trimming techniques. In the past, the procedure had been subject to a great deal of criticism, primarily due to the highly invasive trimming measures. Due to these and other similar issues, some alternative methods are now being considered.

The use of beak and toe trimming should only be carried out for the welfare of the animal and for reducing the chances of any disease or abnormality that might occur. The major problem in the use of the beak trimming is because of the element of pain that the animal might experience. Induced molting method is also one of those measures which have been increasingly used in the past few years with the intent of enhancing the production life of the hens. The techniques used include feed restriction, change in the dietary techniques and much more, all of which are to be performed before sexual maturity.

Although a number of health issues in animals have been resolved through the use of various scientific methods, still there are various other problems which need to be addressed. Here are some of them

It is substantiated now that for the growth of commercial chicken and broiler chicken industry, a great deal of effort is still needed from the side of the producers and scientists for the betterment of all.

My name is Farhan Ahsan,I am web enthusiast, writer and blogger. I always strive to be passionate about my work. I started my work at the beginning of 2007 by engaging myself with detail reading and exchanging information with others. Since then things and times have changed, but one thing remains the same and that is my passion for helping and educating people, building a successful blog and delivering quality content to the readers. The particular interests that brought me in the world of blogging are gardening, wildlife, nature, farming and livestock.
Previous Brooding And Raising Of Ducks
Next Free Range Chicken As Alternative Poultry Production Systems 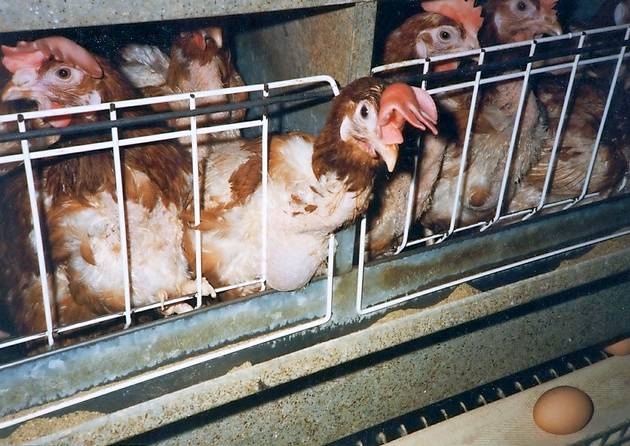 Facts about battery hens or chickens