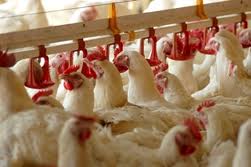 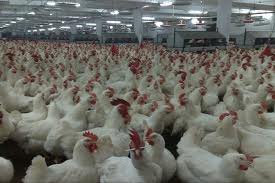 Poultry market in Pakistan is now on the brink of chaos, all because of the lack of policies and proper research. Poultry marketing is highly unstable and unreliable, due to which we come to see extreme fluctuations in the prices every now and then. The reason for these fluctuations is the absence of professional controlling bodies which might come to determine the prices of the poultry products and meat on a regular basis keeping in view the demand of the times. So, the amount of profit that is being generated from the sector is pretty low, which is another cause for which foreign investment is not coming. In other words, the present dynamics of the poultry sector do not provide sufficient reasons to the investors to put their money into the domains of industrial poultry farming. Since the times of the sector’s inception around 30 years ago, no form of stability has been seen in it. There are times in which it appears that the sector is managing to generate some huge revenues, but at other times the opposite seems to be true. In short, poultry in Pakistan is being effectuated by various diseases and poor environmental control, which has made the investment, more like a gamble. There are a wide range of factors that can be held responsible for this instability, most of which are mentioned below.

One of the most important factors for this ongoing crisis is the deficiency of any standard and proper marketing maneuver or strategy. The processing plants happen to be scarce all over the country, and those which are functional, only manage to process 2 % of all the broilers that are being produced. The government should try to facilitate the sector through a number of compensations and cheap marketing methods, as the economy of the nation does depend on the stability of the poultry sector. There are a number of countries whose economies are marked by the working of an efficient poultry sector like USA, China, Germany, Brazil, Russia, Mexico, Japan, India and many more. Furthermore, some highly trained and experienced professionals should be employed into the sector, whose responsibility would be to evaluate and then reformulate a proper and pragmatic marketing strategy for the development of poultry in Pakistan.

The process birds, in comparison to the live birds, are sold out all around the year, at relatively stable prices with little fluctuations. But the prices of the live birds are the ones that always seem to be changing at a very rapid pace. 98 % of the total domestic production happens to be the live birds which are the ones subject to the extreme price fluctuations.   These fluctuations can be so varied in nature that the next week the price of the live bird might increase by 100 %. The same also holds true for the prices in terms of poultry trade. The Pakistani poultry rates need to be pacified and stabilized for the better and profitable functioning of the sector, which is now the edge of eternal damnation. For those who do not know, the sector has an evident share for the GDP of Pakistan.

Apart from all other marketing and pricing maneuvers, dramatic and extreme changes in the weather have also created a number of problems for the farmers. In times of summer, the temperature happens to be so intense, that the farmers appear to be helpless in exercising some control on the mortality. In other words, in times of summer the live birds and other domesticated animals fall off like flies in your house. Furthermore, most of the farmers in Pakistan do not have specialized and well organized weather control sheds due to which they are unable to lower down the levels of the heat stress. So, what sort of chicken production can be expected in times of summer, it might be pretty obvious to you now? Due to these climatic changes, the farmers are forced to sale the birds at varying prices, thus flooding the poultry markets in a debilitating way. The prices of the live birds directly effectuate the prices of the processed birds. In times when the pricing of the live birds go down, then the same happens with the birds produced by the broiler processing companies.

Disease diagnosis can be best performed by specialized and trained individuals, hired by the health authorities of the sector. The poultry industry in Pakistan faces another major problem i.e. the presence of some highly dangerous diseases which need to be controlled for the betterment of the sector. Even in times of winter, a number of diseases have been seen to cause a rise in the mortality rate. So, it is imperative here that the health authority of the sector should induce some revolutionary measures for getting the upper hand on these diseases and conditions.

For gaining some control on the prices, the production needs to be controlled every season keeping in view the present needs of the poultry markets. Furthermore, the poultry processing companies also have a major role to play in taking this sector to a whole new level, where the whole nation could benefit from it.

My name is Farhan Ahsan,I am web enthusiast, writer and blogger. I always strive to be passionate about my work. I started my work at the beginning of 2007 by engaging myself with detail reading and exchanging information with others. Since then things and times have changed, but one thing remains the same and that is my passion for helping and educating people, building a successful blog and delivering quality content to the readers. The particular interests that brought me in the world of blogging are gardening, wildlife, nature, farming and livestock.
Previous Pre-Feasibility Study Environmentally Controlled Poultry Farm (30,000 Birds) in Pakistan
Next How To Raise Baby Chicks,A Beginners Guide To Backyard Chicken Farming